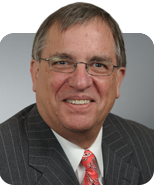 Dr. Vincent Michael Patella holds degrees in physics (Pomona College), meteorology (Texas A&M), and physiological optics & optometry (both from UC Berkeley). After serving as an Air Force meteorology officer during the Vietnam War he worked as an aerospace engineer on NASA manned space flight projects. However, most of his career has been devoted to the development of automated diagnostic devices for ophthalmology and optometry. While he is best known for leading the development of the Humphrey perimeter, the worldwide standard for automated visual field testing. he also has been directly involved in the development of Optical Coherence Tomography and other diagnostic devices for eyecare. He also maintained a small private optometry practice for twenty years.

During his career in ophthalmic instrument development, Dr. Patella has worked in a broad range of disciplines, including concept development, new business & technology, clinical research, engineering, marketing, business unit management, and global professional relations. He has co-authored five editions of the Humphrey Primer, the most widely circulated ophthalmic text book in the world. While still a student at Berkeley, he became one of the founding employees of Humphrey Instruments, now called Carl Zeiss Meditec, from which he retired in January of 2018.

Dr. Patella is a member of the American, European, and Asian-Pacific Glaucoma Societies, and is co-founder of the Optometric Glaucoma Society. He lives in the Bay Area and remains fully engaged with his profession, as a member of the adjunct faculty at the University of Iowa’s Department of Ophthalmology, as a reviewer for multiple ophthalmology journals, as a developer of new diagnostic techniques, and as a Senior Partner at Sand Hill Consulting Associates.